Upgrading your individualism into activism and maximize your impact 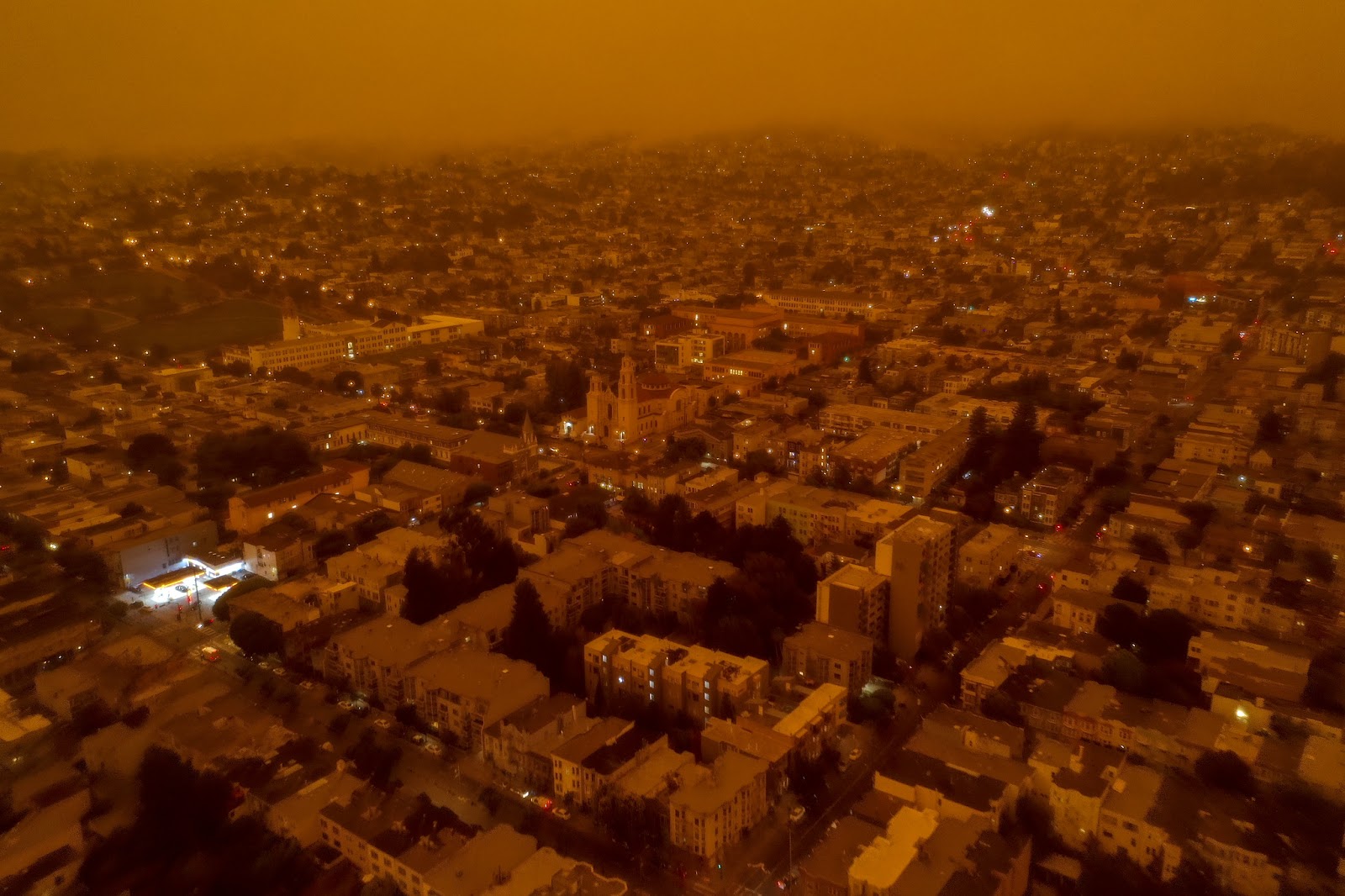 It can be scary to know that all the disasters of the past couple years – flooding, wildfires, droughts, and unusually strong storms – are only the start of what’s to come.

There are thousands of guides on what you can personally do to prevent the worst climate predictions from coming true – how you can reduce your personal carbon footprint, use less water, and cut down on plastics. But if you’re like me, you may ask yourself “what’s the point?” What’s the point in struggling to reduce my relatively tiny footprint, when a single corporation pollutes more in a day than I do in an entire year? Is this really the best way to spend my time, energy, and money?

Individual lifestyle changes are undeniably valuable – we need to be able to change our consumption-heavy, polluting lifestyles if we ever want to live in a sustainable world. But focusing on just individual actions means that we might be running ourselves ragged without having a significant impact, while governments and corporations make climate-blind decisions that turn the fight against climate change into an uphill battle.

In this guide, I’ll be drawing on my experience as a climate activist to talk about ways that you can make more efficient use of your time and have a bigger, more direct impact in the fight against climate change.

It’s good to keep it local

As a foreword: it can be easy to be overwhelmed by big national or international stories, and then be discouraged by how hard it is to have any impact on them. Fortunately, the climate is affected by what’s happening in local communities just as much as it’s affected by what’s happening on the national level – in Canada, municipal governments have direct or indirect influence over around 50% of national emissions.

Local climate activism is less draining, sorely needed, and gives you more of an opportunity to be heard. In other words, it can maximize your impact while minimizing the strain you place on yourself, allowing you to have a sustainable, effective, and efficient impact on climate change. As such, this guide will focus mostly on how you can have an impact on your local community.

Know the local impacts and issues

Participate in the democratic process 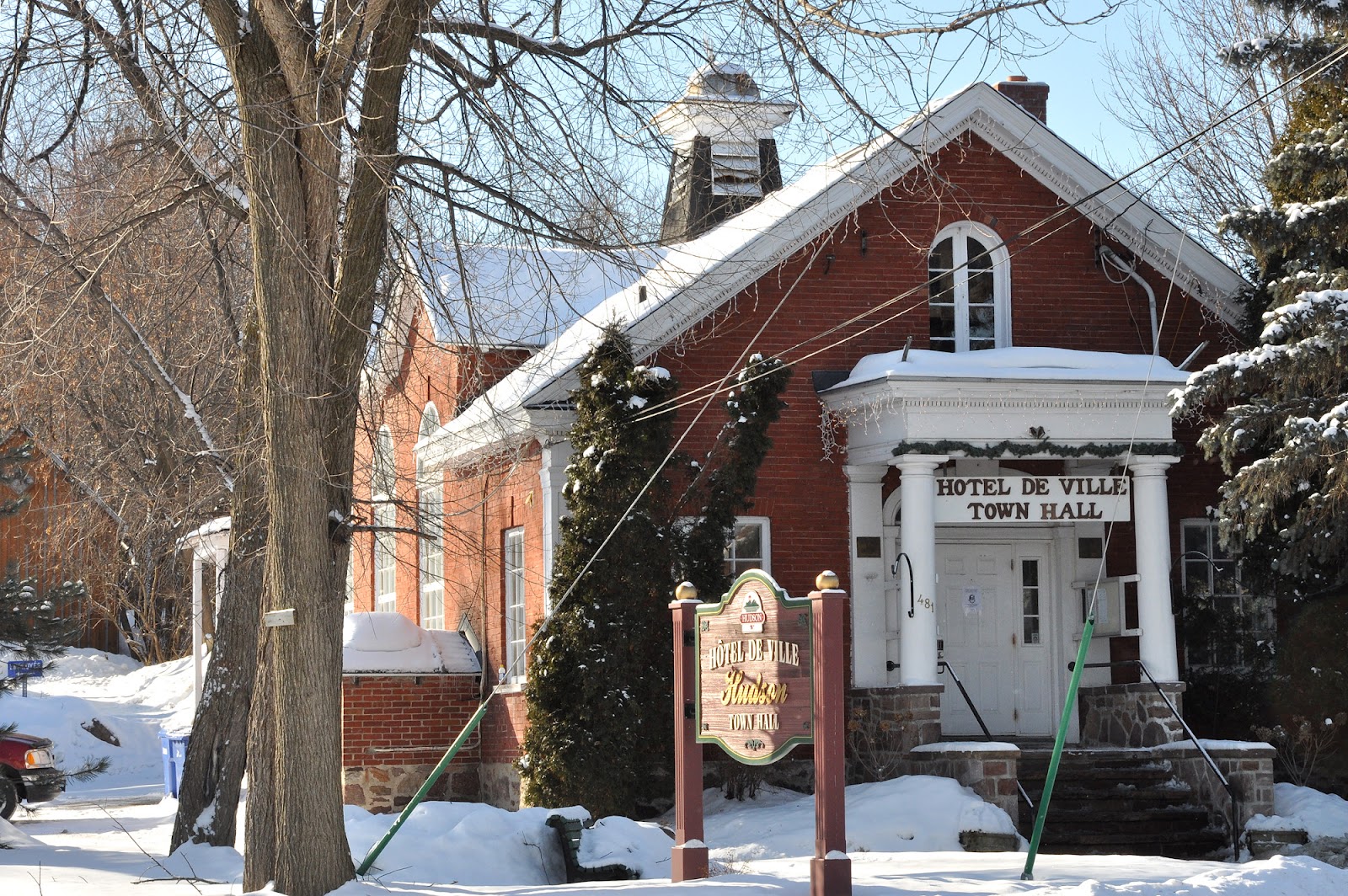 Caribb, 2009, Town hall of Hudson, Quebec. Accessed July 11th, 2022. <https://www.flickr.com/photos/caribb/3164500702.> Thanks to grassroots activism against carcinogenic pesticides, the town restricted their use. Pesticide companies challenged the by-law, and the resulting legal battle went all the way to the Supreme Court, leading to the decision of SprayTech v. Hudson, which ruled that municipalities had the right to regulate businesses for the sake of the health and wellbeing of their residents. The ruling is still in effect today.

To fight climate change, we need organized, sustained, and well-thought-out activism. Consider the difference between one email sent by one person, and a sustained, planned campaign that continually advocates for something.

If politicians and corporations know that people’s concern for an issue will last longer than a week, they know that it has the potential to affect them in an election or affect their sales, and they therefore have more of an incentive to listen to your concerns.

Trying to uphold this standard of activism by yourself isn’t sustainable in the long term, and activists who overextend themselves are likely to experience burnout.

By joining up with other people who share your concerns you can split the workload, making you less susceptible to burnout and making it possible to do bigger projects, take on multiple initiatives at once, take more time to plan, and have a louder voice.

Additionally, working with other activists can help tackle the emotional burden that comes with being hyper-aware of impending global disaster. Climate change is much scarier when you feel like you’re facing it alone and when you feel like nobody else cares as much as you do.

With all that in mind, here are a few tips for finding or starting a climate activist group.

If there aren’t any groups that you want to join, and you’re feeling up to the challenge of starting your own climate activism group, the key is to start small. The following tips are also ways that you can grow an existing group.

NOTE: you would hope that organizations focused on helping people and the planet would be free of prejudices. Unfortunately, though it seems to be rare, there have been cases of activists suffering from prejudice and discrimination within their own activist groups. For example, the civil rights leader often described as MLK Jr.’s right-hand man: Bayard Rustin, who was often erased from history or relegated to the background because of his sexuality.

If you experience prejudice within your climate activist group and are looking for support, contact me. I can provide support and connect you with others who have had similar experiences. My details are at the bottom of this article.

2. Know the local impacts and issues

There’s a misconception that many people have, where they think that climate change and environmental issues won’t affect them directly, or that they’ll be immune from the impacts. In the same way that people overestimate their driving ability and don’t think that they will be in a car accident, people overestimate their personal ability to withstand the impacts of climate change. People are also less likely to care about what you have to say about climate change if they don’t think it’s relevant to them.

To combat the resulting apathy, it’s helpful to know the local impacts of climate change. Is your region suffering from desertification? Does your city have a high amount of asthma, illness, or death from air pollution? Is the source of your drinking water at risk of running dry? Is your municipal government encouraging urban sprawl?

There’s also climate impacts that everyone will suffer, regardless of location. For example: more frequent droughts and less predictable rainfall will make farming much harder, leading to inflation at best and severe food shortages at worst. Pandemics are going to become more common as wild animals lose their habitats and are forced to live closer to humans, increasing the chance of zoonotic transmission. Diseases transmitted by insects like mosquitoes and ticks will also increase, as more land will become warm enough to be hospitable for them. And, even if you don’t expect to be made a climate refugee, you will likely feel the impacts of the rise in xenophobia and racism that will likely occur as more people are forced to leave their homes and seek asylum abroad.

Although some countries will be less affected by climate change, nobody will be immune from it. Information about how it will affect your community is your best weapon against apathy. Once you’re more informed about how you’ll be affected, the next step is to share that information with those around you. Everyone has a personal stake in this fight, it’s just a matter of making sure we understand what that is.

Individual actions can be a lot more effective and efficient if they’re upscaled; one person taking the bus is good, improving public transit so more people want to take it is better.

Here are some key questions that can help you figure out how to upsize an individual action:

In the last 6 years, Canada’s top five biggest banks – RBC, Scotiabank, TD, BMO, and CIBC –  have given nearly $1 trillion CAD in investments and loans to oil and gas companies. This is a disproportionate amount of money that Canada’s relatively small banks are pouring into fossil fuel projects.

Pushing your bank to divest from fossil fuels can be as simple as writing a letter or talking to employees at your local branch, as many may be unaware of the impact their company is having on the climate. You can let your bank know that you will switch to a different bank with fewer high-polluting investments, or – if you remain a customer – you can participate in the bank’s annual general meeting and raise your concerns there.

Banking on a Better Future has more information on how much individual banks have poured into fossil fuel projects, guides on alternatives to big banks and how you can make the switch, advice on how you can push your bank to divest, and events that you can participate in.

Whenever someone suggests that everything can be fixed if we all “just vote!” I find myself internally rolling my eyes. We can’t expect a politician to be willing or able to fix everything for us. After all, even if you vote in an election once every few years, that doesn’t guarantee that the people you elect will listen to you or keep their promises, or that they won’t be obstructed by the tides of politics.

Imagine this scenario: you want to talk to your elected representative about their climate policy (or lack thereof). One politician doesn’t even agree to see you, and sends your emails straight to the trash bin. The other doesn’t have a very good environmental policy, but they’ll at least hear you out and give you the chance to change their mind.

But democracy doesn’t stop existing outside of elections. So how can you participate once voting season is over?

Many governments hold public consultations and surveys for policies that they’re developing. These provide an opportunity to make your voice heard before the policy is finalized and brought to elected representatives for a final vote. If there are in-person public consultations, that also gives you an opportunity to connect with like-minded people in your community who are already involved.

Most governments also provide opportunities for you to speak at public meetings. This is especially valuable when there’s about to be a vote – a strong public voice can sway the opinions of representatives, and perhaps even change some minds.

If everyone in the room understands the impact climate change will have on your community, that can make representatives think twice about voting for climate chaos. Your government’s website should have information on how you can speak at legislatures, councils, and committee meetings.

How You can help